The housing crisis is no secret and no joke. In the Bay Area, low inventory means rents and home prices are astronomical, but not everyone is living on a Google salary and can afford them. This pushes more people to outlying communities, forcing them to commute on clogged highways, increasing pollution and decreasing quality of life for everyone.

[pullquote align=”left” cite=”” link=”” color=”” class=”” size=””]Many existing codes don’t really mesh with the demand for well-built, year-round houses on wheels, and that’s where the state – and many cities – need to catch up.[/pullquote]

One emerging way people are seeking to take charge of their housing and cut their carbon footprint is through tiny house living. These houses really are tiny. Often a couple hundred square feet, frequently built for off-grid living and sometimes on wheels, they’re inexpensive to build and great for one person – or a family of four.

What is a tiny house?

[pullquote align=”right” cite=”” link=”” color=”” class=”” size=””]”And while there have been homes on wheels for a long time – think mobile homes and recreational vehicles – “these new tiny houses are the same construction as a house, but on top of a trailer.” – Ross Beck[/pullquote]

But tiny homes aren’t 1,000 square foot cottages, or granny units, Beck said. “This new dialogue is about tiny houses on wheels.” And while there have been homes on wheels for a long time – think mobile homes and recreational vehicles – “these new tiny houses are the same construction as a house, but on top of a trailer.”

Another advantage is they’re insulated, unlike many RVs which are intended for short-term, seasonal use. They’re designed like a permanent structure, but they can be sited just about anywhere – anywhere they’re allowed, that is.

And that’s the rub. While the demand for tiny homes is growing like wildfire (a recent Tiny House Jamboree in Colorado expected 4,000 people for the 3-day event, and drew more than 40,000), the codes to allow for the location of these homes have not kept up with demand.

Why the rising demand?

What is it about living in a house 1/10th the size of the average American single family home that people – and not just singles, but families – find so appealing? Why are developers expressing a keen interest? Why are there so many new television shows about tiny house living?

[pullquote align=”left” cite=”” link=”” color=”” class=”” size=””]”It has captured a lot of people’s imaginations as something well-built and secure and that they can take with them,” says Beck.[/pullquote]

There are a number of reasons, and economics is an important one.

“Millennials today are saddled with more student debt than generations past; rent can be as much as a mortgage,” Beck said. Nearly half of all renters in America are “cost burdened,” meaning they spend more than 30 percent of their income on housing, and nearly a quarter are “severely cost burdened,” paying more than 50 percent of their income for housing, according to a report by the Joint Center for Housing Studies at Harvard University.

“It’s not just the nature of housing that is changing either. It’s the nature of work as well,” Beck said. Many so-called “digital nomads” no longer work in a traditional office. The number of freelance or contract workers is increasing every year, meaning all they need to do their job is a computer and a WiFi connection.

If you can take your job anywhere, why shouldn’t you be able to take your house, too?

“It has captured a lot of people’s imaginations as something well-built and secure and that they can take with them,” Beck said. “Really, there are few things in America that are more powerful than owning your own home.”

Studies of Millennial spending habits also show that younger generations are less focused on buying physical items, choosing to spend money on experiences instead. When you don’t have a lot of things to store, you don’t need a lot of space to store them. Inside a Tiny House

For the most part, cities and towns are not ready.

In one respect, these homes are so new that tiny-house dwellers often run into regulatory issues such as state life safety rules, regulations against composting toilets, or finding a place to site them and live in them legally, particularly in urban areas. However, some municipalities have been dealing with them  through accessory dwelling unit ordinances or recreational vehicle siting codes.

In California, if someone is going to be living in a tiny house, in one spot, for any length of time, that house must meet state codes for dwelling unit life safety. If that house is traveling around like an RV, parking at different locations, then it needs to meet vehicle codes.

Some cities are farther along the acceptance path than others. For example, the City of San José is considering a range of housing options to deal with the tight market.

Jenny Nusbaum, supervising planner for the ordinance and policy team at the City of San José, said that the city’s zoning code allows for a planned development process that could accommodate this new kind of development. “It’s a customized zoning district unique to a specific site. So if a development doesn’t fit the site’s criteria, you can do a planned development. It’s possible to get through the zoning phase without too many challenges.”

The minute you hook up a sewer connection, though, Beck said, is the minute you’ve got a lot more codes to meet.

Many existing codes don’t really mesh with the demand for well-built, year-round houses on wheels, and that’s where the state – and many cities – need to catch up. “It happened with solar and institutionalized recycling”, Beck said, and it can happen with tiny homes, too.

Often, state agencies and most municipalities have no definition yet for “tiny home,” and the Department of Housing and Community Development may only provide rules and regulations on what it’s authorized by the Legislature to provide services for.

While San José doesn’t have much of a regulatory problem with individuals looking for the security of their own home on wheels, the city finds itself on the same side as those individuals as it considers a tiny home development to help homeless populations.

Recently, the City Council gave staff permission to work with the state on a pilot program to allow a community of about 50, 8×10-foot independent units with a communal building and services. The units would be equipped with compostable toilets, but would not include kitchens, to keep building costs low.

“It’s not clear it would meet the state housing codes,” said Jacky Morales-Ferrand, interim director of San José’s housing department. But, she added, “The goal isn’t to make these permanent.”

“In terms of homelessness, our preferred approach is to build permanent supportive housing,” she said. That generally means multifamily housing such as apartments, which can take three to five years to be built. “We’re hearing from the community of homeless residents and our council that they’d like us to look at things we can implement more quickly.”

So is it worth the effort to pursue tiny homes?

For some communities, the answer is yes. The demand isn’t going away, and tiny homes can broaden a city’s housing portfolio.

“For market-rate and affordable units, we’re very interested in tiny homes as accessory dwelling units,” Morales-Ferrand said. “It really helps people to stay in their current location and either accommodate a family member or help with the affordability of the main house.”

That’s why the city will take a look at amending its regulations to allow more such units, probably in 2016.

Tiny homes aren’t the solution for everyone. As rental units, they still run the same risks as larger places – unkept by landlords or trashed by renters. Municipalities often have restrictions against off-grid-type accessories and appliances, and in California, perhaps the biggest kicker is the cost of land. Are tiny homes the best use of land in a place where it can be so expensive?

“We are gaining population, and we have to efficiently provide services,” Nusbaum said. “What we and other cities have done is establish an urban growth boundary to decrease sprawl. We’re looking at building up rather than building out.”

[pullquote align=”left” cite=”” link=”” color=”” class=”” size=””]”There needs to be discussion at the municipal level, changing from ‘these don’t work’ to ‘how can they work?” says Beck.[/pullquote]

In super-dense cities like San Francisco, tiny homes on wheels aren’t really feasible because of the lack of available land. However, the city has recently revised its regulations to allow construction of apartments under 250 square feet to address housing stock and affordability.

There’s also the question of tax revenue. Tiny homes on wheels, if inspected and approved by the state Department of Motor Vehicles, count as RVs, not dwellings. That means they can park in RV parks, but it also means they do not get taxed like a standard home. That has implications for the myriad things that are funded through property tax, such as schools, libraries and fire districts. Depending on how big the tiny house movement gets, there could be a need to consider other funding mechanisms for schools and other agencies that depend on that revenue.

The fact remains that most cities have no real way to deal with tiny homes, especially those on wheels, outside of ADU and RV codes, even though the demand will continue to rise as homes and apartments become more and more unaffordable.

“There needs to be discussion at the municipal level, changing from ‘these don’t work’ to ‘how can they work?’” Beck said.

Colleen Valles is on the Communications team at the Santa Clara Valley Water District. In this capacity, she backs up the spokesperson, writes many of the organization’s publications, coordinates speakers bureau events, and is starting work on a more robust crisis communications plan. She has experience in the public sector in policy and communications and comes to public service from a career as a journalist.

Colleen has a Bachelor of Arts degree in English from the University of California, Santa Barbara, and lives in south San José with her daughter and their dog.

The Winter Forum will be here before you know it! Early registration ends TOMORROW, register now and save! Learn more and register today at https://t.co/yQq4RnPTyL Friday, March 3, 2023 8:30 am – 4:30 pm Networking Happy Hour: 5:00 pm https://t.co/vwY8vXOF1z 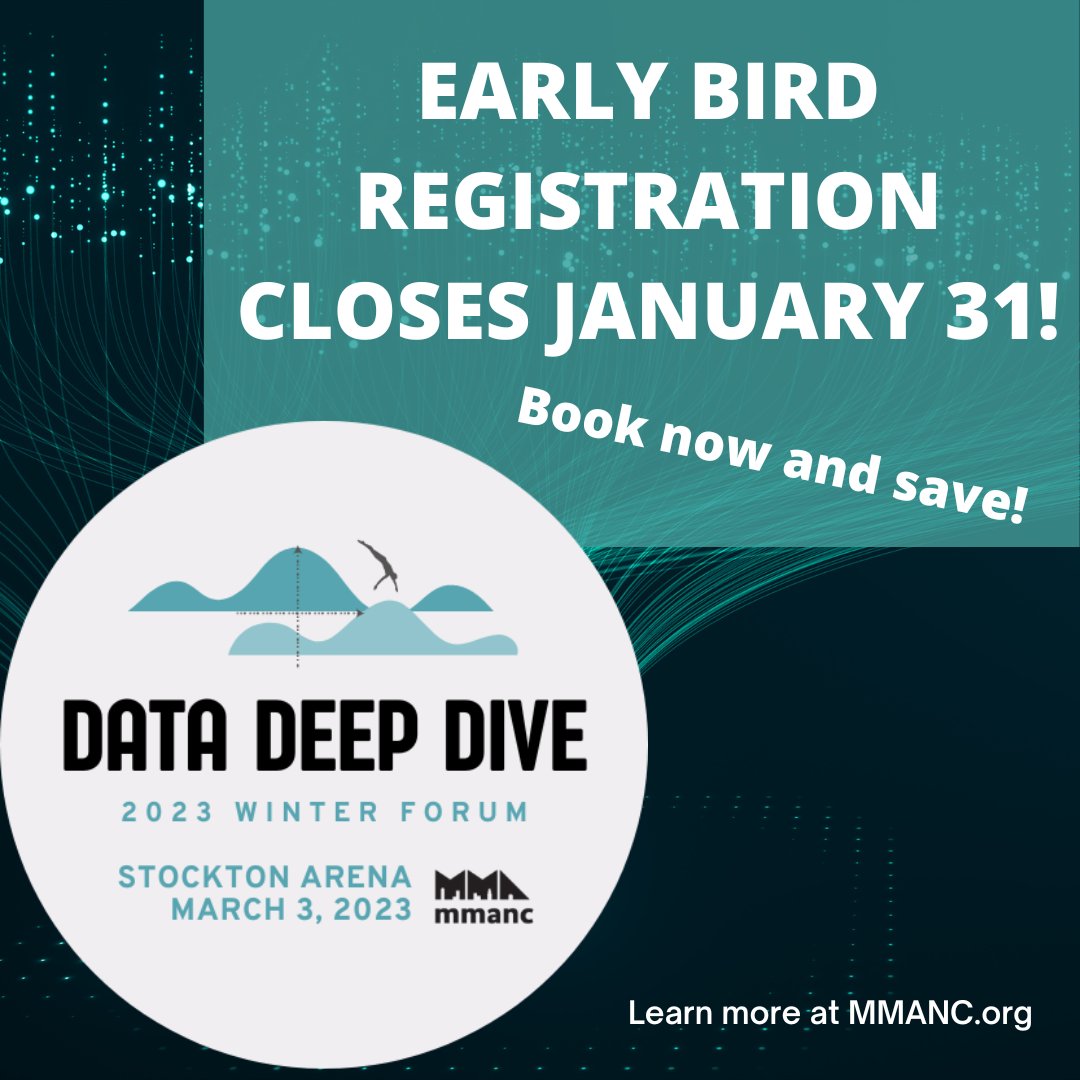 Last Friday the MMANC Board of Directors kicked off 2023 with a bang! With a full day of training and goal setting facilitated by Nancy Hetrick from @BakerTillyUS, MMANC leaders feel ready and excited for the rest of the year! #LocalGovernment #MMANC #northerncalifornia https://t.co/JRoSJ7YSkj 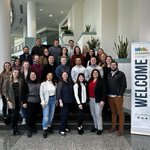 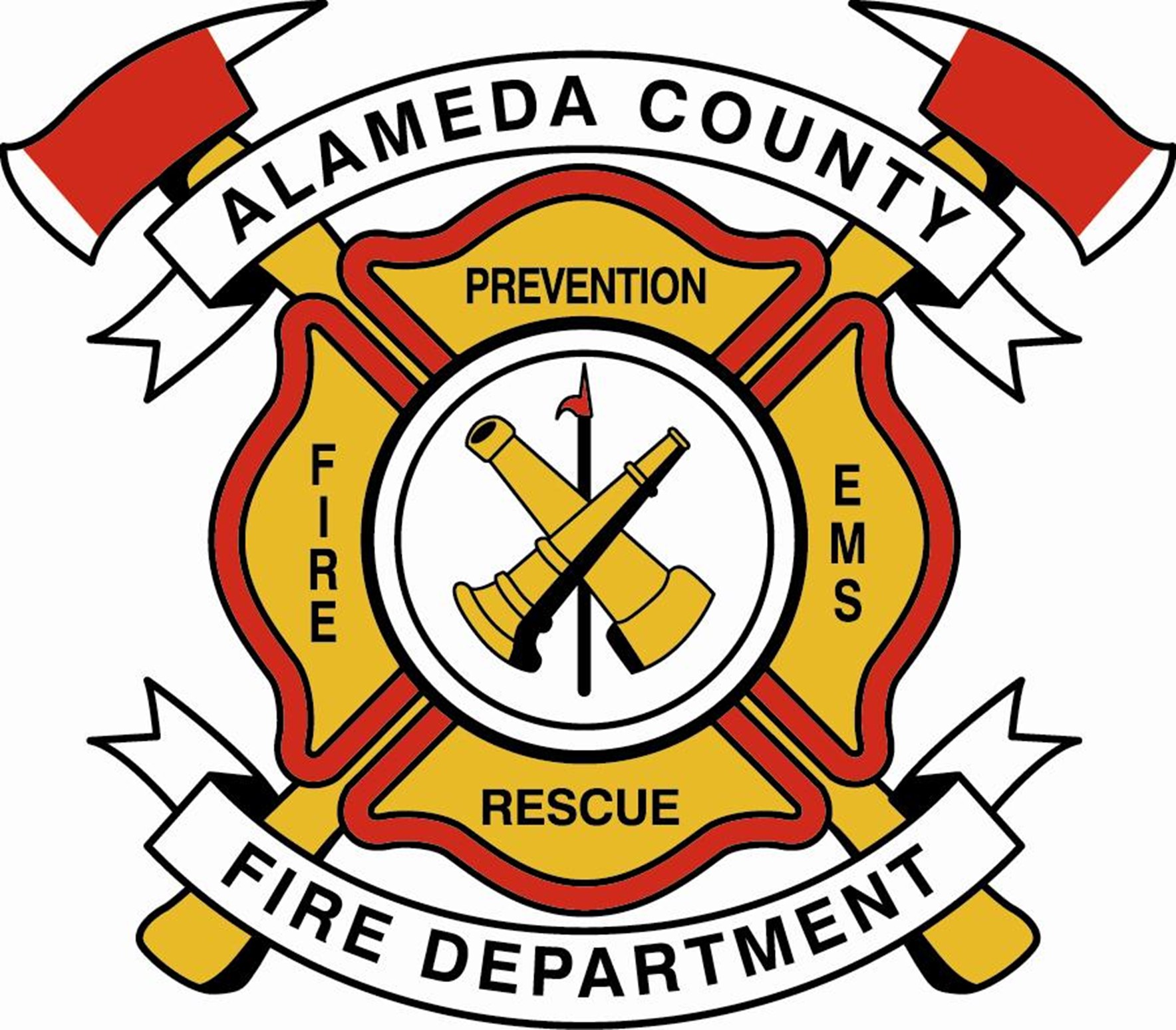